Can we really do better together? Is the natural world driven by competition alone, or is there space for cooperation between different species? Stunning nature documentaries and online communications have made us so familiar with the marvels of cooperation in the natural world that we probably take them for granted, whether zooxanthellae algae in coral tissue, fungal networks interacting with tree roots, or pollinators and flowers. Let’s cast ourselves back to a time before humankind knew about these interactions.

It is the mid-19th century and, disillusioned with Romanticism, society is moving in a new direction. Charles Darwin has published his ‘On the Origin of Species’, and certain followers are using this as evidence to conclude publicly that the world is indeed ‘red in tooth and claw’.

‘Nowhere in nature, no matter where we turn our eyes, does that idyllic peace, celebrated by the poets, exist; we find everywhere a struggle and a striving to annihilate neighbours and competitors.’

Society is moving away from a view of nature which displays God’s goodness and beneficence to one which emphasises suffering. Selfishness is assumed to be everywhere, and scientists of the day think cooperation has to be extremely rare. Selfish individuals are too prone to cheating, so the system can’t last. As D. Oates (1988) has reflected, for followers of Darwin the ‘problem of evil’ had been turned on its head – now evil was presumed and the ‘problem’ was that of goodness.

Into this scene comes the first discovery of cooperative behaviour between different species in nature: lichen! On the tenth of September 1867, Professor Schwendener speaks publicly for the first time about his dual lichen hypothesis. “According to the current view of the speaker lichens have to be seen not as autonomous plants, but as fungi in connection with algae.” 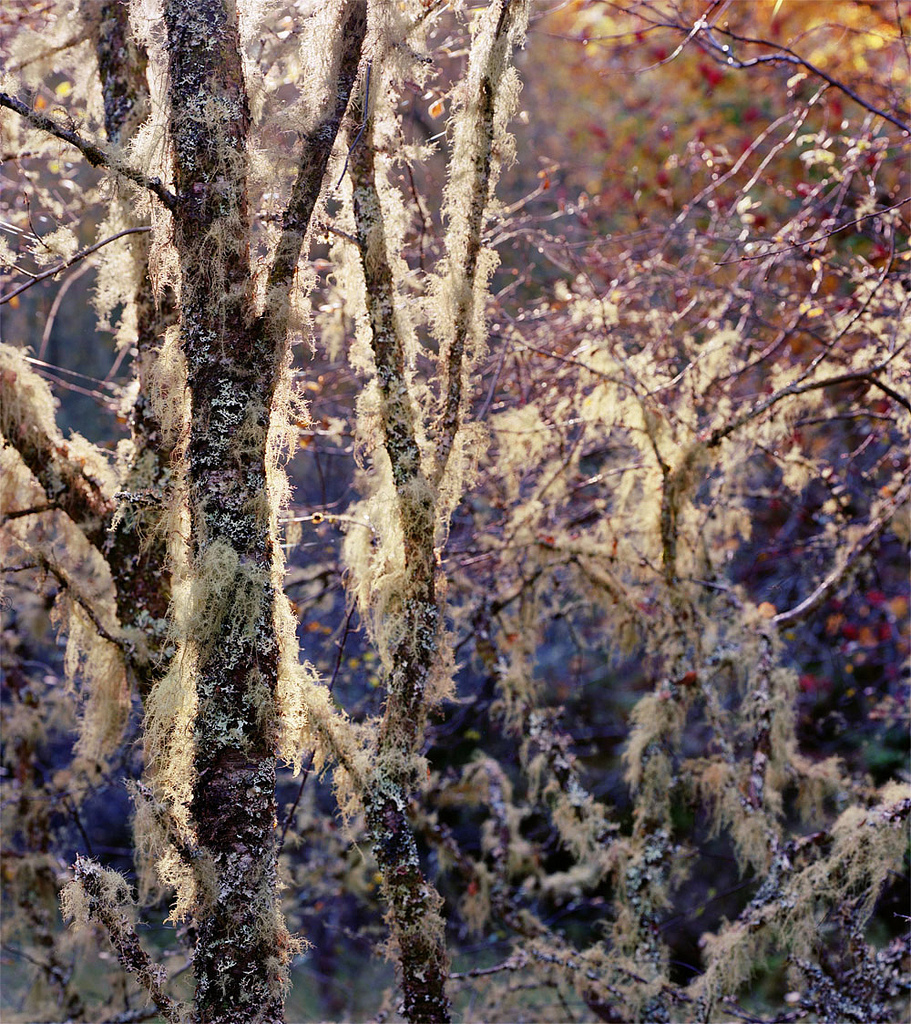 Using his observations with a light microscope, Schwendener hypothesized that lichen was not a single organism but rather a cooperative living arrangement between fungus and algae. No-one had yet recognised that different organisms could live in close connection to one another, so his fellow lichenologists vigorously rejected his hypothesis. In fact, this rejection lasted until the end of the 19th century. Convicted that living things were autonomous, they could not easily contemplate a revision of their views.

Despite rejection by his peers, Schwendener’s ‘dual hypothesis’ did open the minds of scientists in other fields. This led to the discovery of many other partnerships between species, and also to the investigation of disease-causing microorganisms in plants, animals and humans. In 1875 the term ‘mutualism’ was coined and later, in 1877, ‘symbiosis’ was introduced as a term and concept. 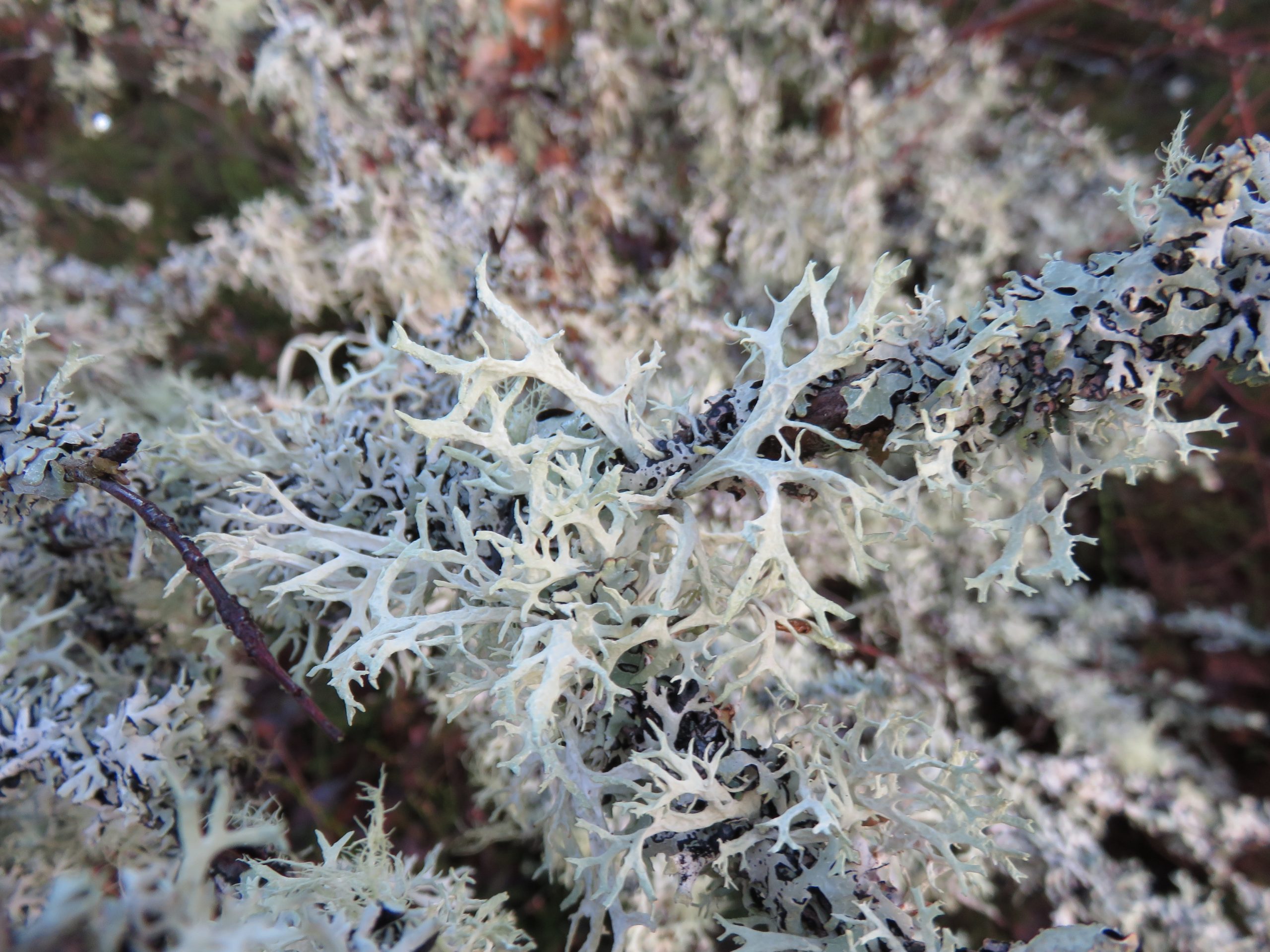 So was Professor Schwendener onto something? We now know that lichen is in fact a cooperative living arrangement between a fungus and algae or cyanobacteria (and sometimes both). The fungus creates the body of the lichen and the algae or cyanobacteria lives inside, photosynthesising and sharing its carbohydrate products with the fungus. This relationship between different species has resulted in a ‘plant’ which looks nothing like either species grown in isolation.

When water is scarce, the outer fungal tissue of the lichen turns opaque to protect its photosynthetic partners from excessive sun. When it completely dries out, the whole lichen survives by becoming dormant. When water returns, the lichen swells up and the outer fungal tissue turns transparent again to let in the sunlight. This system, with the advantage each partner gives and receives, supports an organism so robust it is able to live worldwide, from deserts to the arctic – surviving desiccation, irradiation and starvation.

Lichen demonstrates species doing better together than apart. They do so well that lichen has persisted on earth for over 400 million years, the relationship has developed independently many times and there are approximately 30,000 lichen species living today in an array of different forms, colours and shapes.

Around the time Professor Schwendener spoke about lichen, scientists also discovered the parasitic nature of Ichneumon wasp larvae. These larvae, which are laid into and eat their way out of caterpillars, became an icon for the hideousness of nature. In this cultural landscape, lichen and cooperative relationships were not given nearly the same ‘air time’, so it took time for them to become accepted.

Does Darwinian theory, properly understood, leave no space for genuine cooperation? No, it is quite the opposite. Once lichen were studied and appreciated in more depth, they opened science to a completely new and enlightening field. It is now recognised that cooperative interdependence is a powerful creative force in evolution, and has been integral in the evolution of complex cells, multicellular organisms and social lifestyles – part of our very make-up as human beings. I hope we can also recognise the positive relationships which make this planet beautiful, connected and fruitful. 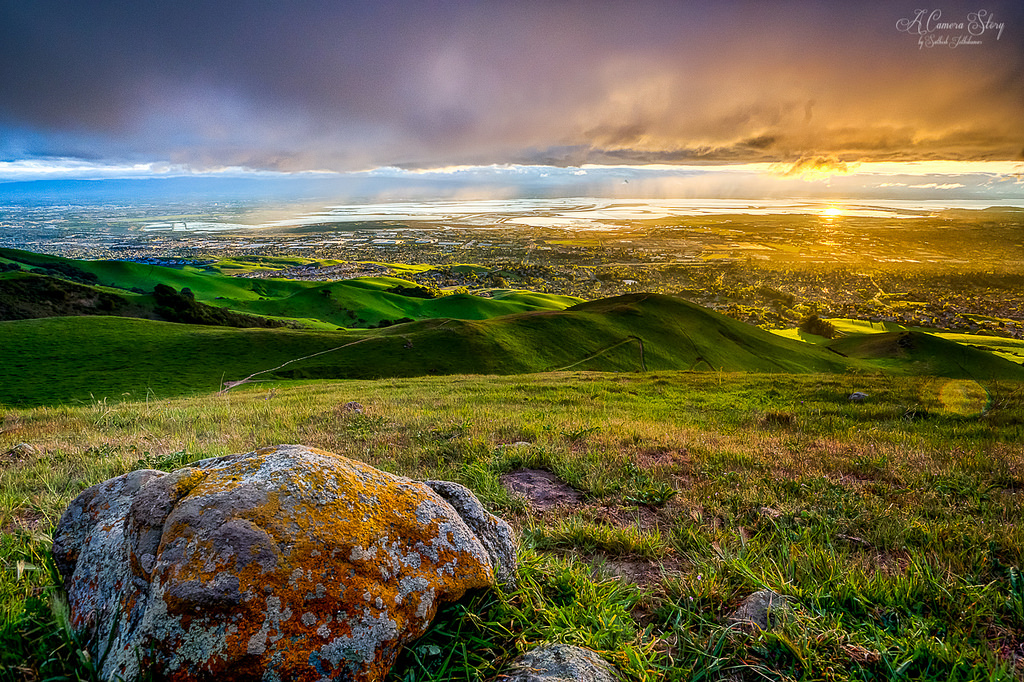 This blog was written after listening to Jeff Schloss talk about lichen and 19th century worldviews at this year’s Faraday Biology and Belief course. To listen to talks on this topic, search for ‘Schloss’ in The Faraday Institute’s multimedia archives. Additional sources used are available for further reading: a paper on Professor Schwendener (2000), book extracts on Lichen Symbiosis (1993) and book extracts on Michigan Lichens (1996).

Category: Biology, Cooperation, The Snuggle For Existence, Wonders Of The Living World