Adoration of the shepherds (1622) by Gerard van Honthorst [Public domain], via Wikimedia Commons

In those days a decree went out from Emperor Augustus that all the world should be registered. This was the first registration and was taken while Quirinius was governor of Syria. All went to their own towns to be registered. Joseph also went from the town of Nazareth in Galilee to Judea, to the city of David called Bethlehem, because he was descended from the house and family of David. He went to be registered with Mary, to whom he was engaged and who was expecting a child. While they were there, the time came for her to deliver her child. And she gave birth to her firstborn son and wrapped him in bands of cloth, and laid him in a manger, because there was no place for them in the inn.

In that region there were shepherds living in the fields, keeping watch over their flock by night. Then an angel of the Lord stood before them, and the glory of the Lord shone around them, and they were terrified. But the angel said to them, ‘Do not be afraid; for see—I am bringing you good news of great joy for all the people: to you is born this day in the city of David a Saviour, who is the Messiah, the Lord. This will be a sign for you: you will find a child wrapped in bands of cloth and lying in a manger.’ And suddenly there was with the angel a multitude of the heavenly host, praising God and saying,

‘Glory to God in the highest heaven,

and on earth peace among those whom he favours!’ 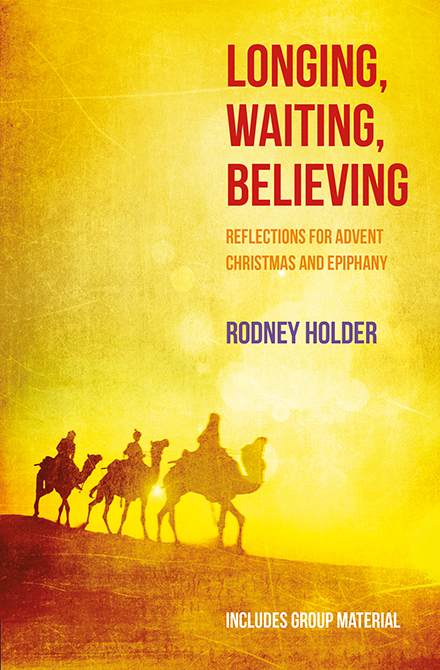 The nativity stories are at one and the same time utterly familiar (perhaps over familiar) and, in the context in which they were written, political and religious dynamite.

This chapter begins with the oh, so familiar words, ‘In those days a decree went out from Emperor Augustus …’ With my scientific hat on, I want to know who this Emperor Augustus was, and who Quirinius was, and what evidence we have about them. We know something about Quirinius and his governorship, but we come up against a snag. Luke, otherwise highly accurate, seems not to be quite right about the date of the census. Maybe Quirinius isn’t so important after all, if Luke is rather casual about the period of his governorship. Nonetheless, by mentioning the census, Luke gets Mary and Joseph to Bethlehem, where he knows Jesus the Messiah was born – where, indeed, the longed-for Messiah had to be born in accordance with Jewish prophecy.

The story about Augustus is quite different. We know a great deal about him and it is very revealing. He was, in fact, hailed as ‘prince of peace’, inaugurating the Pax Romana (a 200-year period of peace in the Roman Empire). He was known as the promised ‘Saviour’, ‘son of a god’ and even ‘god’; the cult of emperor worship began with him; his birthday was ‘gospel’, good news for the world. The very same Greek words (‘good news’ or ‘gospel’ and ‘saviour’) as those written by Luke in verses 10 and 11 were used on an inscription about Augustus, dating from about 9BC, found in Priene in modern-day Turkey:

Providence has ordered all things and is very much interested in our life … giving us Augustus, …, sending him as a saviour, both for us and those after us, … the birthday of the god Augustus was the beginning of the good news [gospel] for the world that came by reason of him.

This gigantic hubris is smashed to pieces by Luke’s account of the nativity. Augustus thinks he is in control, but the real Prince of Peace, the real God incarnate, the real promised and longed-for Saviour of the world, is born in an obscure part of his empire. He will conquer by compassion and love, and by suffering an ignominious death under another Roman who thinks he is in control. This is, indeed, political and religious dynamite, but good news for those humble enough to believe in their own weakness and neediness.

As we hear the story recited and sing our Christmas carols – ‘Away in a manger, no crib for a bed’, ‘Once in Royal David’s city stood a lowly cattle shed’ – we often fail to see how utterly shocking it all is. The creator and ruler of the universe was laid in an animal’s feeding trough. As a scientist who has studied the universe as described by modern cosmology, this never ceases to amaze me, but the Church Fathers captured what was going on perfectly. They were concerned to understand how it could be right to call Mary the ‘mother of God’, and therefore how Jesus could be both God and Man. They concluded that Jesus is one person with two natures, human and divine. Cyril of Alexandria expressed it beautifully: ‘But when seen as a babe and wrapped in swaddling clothes, even when still in the bosom of the Virgin who bore him, he filled all creation as God, and was enthroned with him who begot him.’[i]

The Danish philosopher Soren Kierkegaard tells a story which illustrates the infinite love and humility which God shows through the incarnation. A certain King fell in love with a poor maiden. There were insurmountable barriers to their union, both for the King and for the maiden. If the King commanded the girl to the palace she would have to obey, but would this be love? If he went to her disguised as a peasant, won her love, and then revealed himself, that would be deceitful and not a recipe for trust and happiness. The only way would be for him really to become a peasant himself and lead the life of a humble artisan. So it is with God and humanity, though with an infinitely greater contrast between God’s glory and our poverty.

As we ponder these familiar verses once again, let us consider the sheer miracle of it, the gift beyond price of the incarnation. The whole destiny of the human race is bound up with this tiny, vulnerable babe. He was born, not in a palace, not in Rome or Jerusalem, and not of royal parents—except by remote ancestry on his adoptive father’s side, Instead he was born in obscurity to a peasant girl engaged to a humble carpenter. He was born in a stable and wrapped in bands of cloth, and yet, despite all that, he is a king. Indeed, he is the King of kings and Lord of lords whose kingdom is ‘not from this world’ (John 18:36), but a heavenly Kingdom which transcends this earthly realm. His is an eternal Kingdom and he secures our membership of it by his brutal death but mighty resurrection. Praise the Lord for his inestimable gift!

Immensity cloistered in thy dear womb,

There he hath made himself to his intent

Weak enough, now into our world to come;

Yet lay him in this stall, and from the orient,

Stars, and wisemen will travel to prevent

See’st thou, my soul, with thy faith’s eyes, how he

Which fills all place, yet none holds him, doth lie?

Was not his pity towards thee wondrous high,

That would have need to be pitied by thee?

Kiss him, and with him into Egypt go,

With his kind mother, who partakes thy woe.

This post was an extract from Rodney Holder, Longing, Waiting, Believing: Reflections for Advent, Christmas and Epiphany (BRF, 2014), pages 127-131, with permission of the publisher.