A Cross-Shaped Universe: Reflections of a Christian Physicist 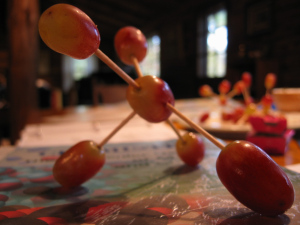 If faith informs how we do science (see last week’s post), how does science inform faith? Wilson Poon is Professor of condensed matter physics at the University of Edinburgh, and has thought deeply about this question. His scientific work is on the organised behaviour of different physical and biological systems, especially colloidal particles and motile bacteria. In this week’s guest post, Wilson explores what it means for him to look for God’s presence in the laboratory.

Psalm 19 says that ‘the heavens declare the glory of God.’ Nevertheless, scientists make daily progress in understanding the heavens above and the earth below without recourse to God. Thus, Psalm 19 is perhaps too easy a starting point for a laboratory spirituality today. Moreover, repeated attempts to ‘re-import’ God into science have backfired. 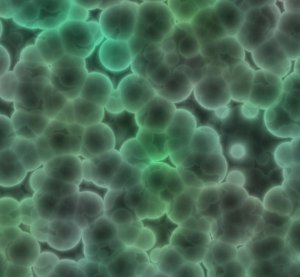 Newton thought that the solar system needed periodic pushes from God to remain stable. Laplace was able to dispense with divine poking by a thorough application of Newton’s own laws of motion. Afterwards, Laplace supposedly told Napoleon that he had ‘no need of the God hypothesis’. Laplace’s claim echoes in today’s laboratories. The scientist-believer therefore inhabits a space where, according to the wisdom of the world, God is singularly absent. But the cross of Jesus teaches us to expect that God may be singularly present in precisely those places where men and women try hardest to exclude Him.

The cross therefore empowers and emboldens us to take seriously the deeply-felt experience that science powerfully mediates to many a felt absence of God (as Dietrich Bonhoeffer understood in his Letters and Papers from Prison). The words, “If you are a scientist, how can you believe in God?”, echo an earlier taunt: “He trusted in God; let him deliver him if he delights in him!” (Matthew 27:43) Neither is answerable by a sound bite. But, watching Jesus die, the Roman centurion concluded, ‘Truly this man is God’s son.’ (Mark 15:39) 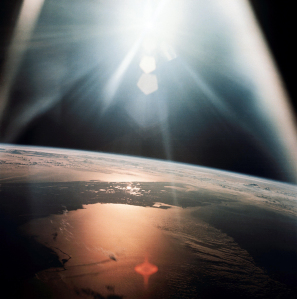 Similarly, I have found that tarrying at the place of felt absence and praying in and through its pain, I learn to experience and speak of God anew, the God who created a world understandable scientifically without constant reference to godself; indeed, a world which raises urgent questions about divine goodness (perhaps the ‘labour pains’ of the world that are mentioned in Romans 8:22). Groaning inwardly with the Spirit, I now understand that when I say ‘the heavens declare the glory of God,’ the ‘glory’ is of the kind that John speaks of in his gospel: ‘The hour has come for the Son of Man to be glorified,’(John 12:23) referring, of course, to his death on the cross.

Resurrection followed; and Jesus’ risen body – the first fruits of matter transformed in the second creation – was able to bear the full weight of divine glory. But the risen Jesus is currently hidden from our sight – remember the ascension. For now, we live in the ‘in-between time’ that is after the first Good Friday and before the final Easter that is to come. For now, matter as we know it cannot yet bear too much divinity. Here, the believing scientist is called to testify to a non-obvious, cross-shaped presence of God in the ‘laboratory of the spirit’ (R. S. Thomas) that is our universe, a presence-in-matter that the Spirit mediates to us in the bread and wine of the Eucharist.